The World of Soccer 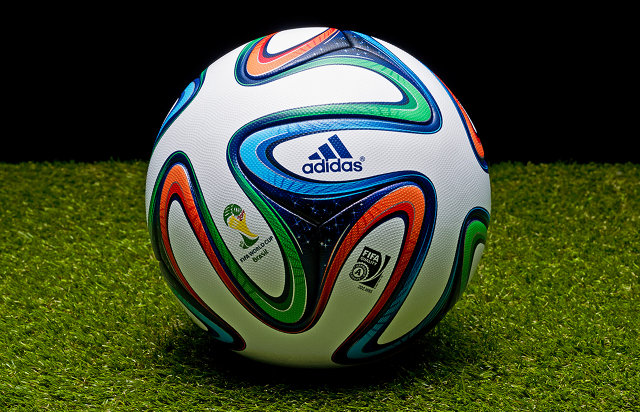 Yesterday I was alluding to the fact that the small town I live in is like an island of traditional fine arts culture amidst an ocean of western culture. Balerinas and lyrical dancers surrounded by  cowboys, rodeo queens and pick-up trucks. Well, I find that I am also living on another kind of island, although one which is diametrically opposed to the cultural island. In this case, the island is bereft of what those people in the surrounding ocean take for granted.

I’ll give you a hint as to what it is. What is the first thing that pops into your mind when you read the following sentence?

If you are like most people in North America, your response is probably, “Say what?” If, however, you live in any other country in the world, your response would most certainly be, “Yes! About time, too!”

I’m referring to the thing many people will devote their lives to for the next 22 days. The one thing that will unite disparate people from countries all over the globe. The one thing that transcends nationality, language, culture, religion, economic status, skin color or age.

OK, for those of you who haven’t closed your browser in disgust or quickly jumped to another web site, let me tell you why North America is an island. It’s because Canada and the U.S.A. together form the only region on the planet where soccer is not king. In every other country, principality, autonomous region or island nation on this planet of ours, soccer is what people do.

The national consciousness of some countries may not live and die with the fortunes of its soccer teams the way it does in places like Brazil, England, Italy, Korea, Nigeria and Japan. But there are very few places in this world where you can’t (quite literally) walk into the middle of an empty field, pull a soccer ball from your bag and immediately be surrounded with people all set to pick teams and begin a game.

For some reason Canada and the US of A just do not fit into that mold. Even in the years after the US hosted the World Cup back in 1994, there wasn’t much of a surge of interest in soccer in  North America.

And that is just strange. It’s not as if there isn’t a national program in either country. In the most recent world rankings compiled by FIFA (the governing body of international soccer), the U.S.A. is in 21st place while Canada is in 60th. And our kids do play soccer; in fact, there are more kids playing soccer in North America than are playing Little League baseball.

Some day I’ll get into this question in greater detail, but the opening whistle is about to get the game started. Even better, in a future blog I’ll throw out my ideas as to why soccer is a better sport than the Big 3 sports in North America: baseball, basketball and football. Somehow I think there will be or or two readers who will disagree with me.