Indiana Jones and the Rise of the Crystal Numb-skulls 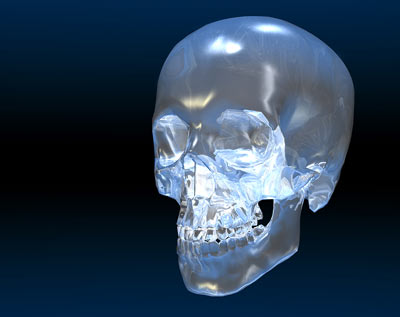 This summer’s release of the latest instalment of the Indiana Jones adventures has had two effects so far.

The first is to persuade huge crowds to stream into theatres to catch the newest antics of everyone’s favourite faux archaeologist. And let’s face facts here; no real archaeologist would ever take an Indiana Jones approach to exploring ancient ruins.

A professional archaeologist would carefully survey the site, taking precise measurements, and moving no faster than absolutely necessary so as to ensure that nothing was missed and no relics or artefacts were damaged due to overly hasty efforts. Not so Indiana, who has shown himself quite comfortable with using hammers, guns, even explosives, in his never-ending quest to plunder riches from ancient civilizations.

And there is simply no other way to describe it other than mindless plundering. Wanton destruction of important historical relics in order to lay his hands on a shiny, jewel encrusted bauble in order to make a museum curator happy. It’s enough to make a real archaeologist cry.

But hey, it’s not real archaeology, it’s a Hollywood movie. And the Indiana Jones movies are cracking good entertainment. I’ve got all three of the first three Indy movies in my collection and I have no doubt the fourth one will be included in the near future.

So let’s not get too excited here about real vs. Hollywood archaeology. That would be like asking medical TV dramas to stop saving four lives in the first ten minutes of every episode.

No, what we should be worrying about is the second effect of the new Indy movie: the rise in interest in crystal skulls.

There has always been interest in the crystal skulls unearthed in Central America. For decades now, all kinds of mystical properties have been associated with them. They were mythical objects whose true purpose was not known. They were magical components of some greater, paranormal entity. They were given to humans by some long forgotten extra-terrestrials for some important but also forgotten purpose. The list goes on and on.

And now, the Discovery Channel, a network which has spent years building up its reputation as a credible purveyor of decent programming in the sciences and humanities, has aired a program called “The Mystery of the Crystal Skulls”. It purports to explain what the crystal skulls are all about but instead, leads its viewers down a path littered with the very worst examples of tabloid journalism.

Using a couple of ‘experts’ to provide a running dialogue about the reason why the crystal skulls exist, the program goes from Central America, to the United States, to Europe and back to Central America. Along the way, the ‘experts’ explain the genesis and purpose of the skulls. Without going into great detail, here’s the gist of why they claim the skulls exist.

The earth is advancing towards some unspecified galactic alignment, involving planets, stars and the centre of the Milky Way. Lines of power radiating across the earth are important, as are the undiscovered (but guaranteed existence of) 13 skulls. These skulls will save the earth and humanity from some sort of cataclysmic disaster, which is looming closer even as I write this.

The entire two hours of the program are devoted to providing the very best in pseudo-science and apocalyptic prophesy. Along the way, the crystal skulls were used to unite the disparate conspiracies of alien visitation, unexplained phenomena like the Mayan Temples and even the lost city of Atlantis.

Of course, there was one brief (very brief) nod to the conclusions of a real scientist who declared, after examining a crystal skull using an electron microscope, that it was carved using a rotary tool. Which means the skull was, at most, 60 years old. The program ‘experts’ explained away this inconvenient result as proof the skulls were the “the product of an advanced civilization” of which we are unaware. Apparently, most of us are too stupid to realize that this is the only possible conclusion from that one scientific test.

So, the two outcomes of this summer’s big movie release are actually identical. In both instances, you have to suspend belief, turn off the brain and just sit back and enjoy, while someone spins you a good, old fashioned yarn.

The real problem is that the Hollywood version knows it’s playing make believe. The Discovery Channel program wants you to Believe.

The former is OK, the latter is not. We should be smarter than this.